3rd May - The Waiting Room

Our next gig is only a few days away - on the 3rd of May at The Waiting Room. We're playing an extended set of nearly all of our songs - excluding only the terminally acoustic unfriendly "Glass". We'll also be playing Henry Lee as well as another surprise cover.

The lyrics page on the blog has been updated with our two new songs, which we'll obviously also be playing on Tuesday night, so don't miss out. R40 gets you in and we'll go on around 10pm. 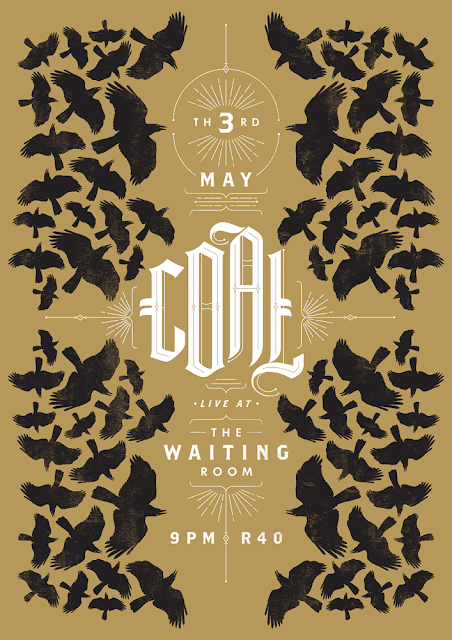 Poster designed by Adam Hill
We've updated some other things in the past few days too:
There are photos of our weekend away in Langebaan on Facebook and there are recordings of Stroke and Train from that weekend on our Soundcloud - we'll continue to update that with some more snippets of other songs as the days go by.

We'll have some of our badges on sale on Tuesday night too, this may be the last time you'll be able to get the merchandise in its current form and supplies are now limited.

We hope to see you all on Tuesday night, we've really missed your faces :)